Some claim that because it’s the kindness of God that leads people to repent, as Romans 2:4 states, we shouldn’t talk about God’s judgment or wrath. David Servant exposes this claim as false by looking at this verse in context. Learn more! 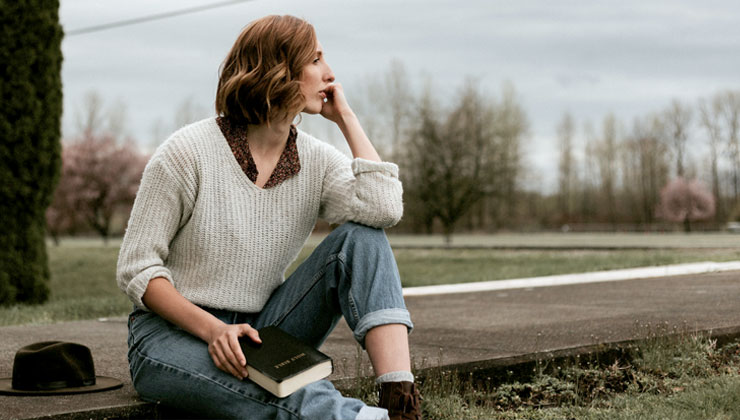 Hi, welcome to today’s little lesson. Thank you so much for joining me. Today’s little lesson was going to be a little bit more on the theological side, asking a question about the appropriateness of mentioning God’s judgment and wrath as we endeavor to encourage unbelievers to repent.

It was not too, too long ago when I heard a fairly well known preacher state that because Paul said in Romans chapter two that it was the kindness of God that leads men to repentance, therefore it was inappropriate for us to try to lead people to repentance by speaking of the judgment or the holiness or the wrath of God. That would actually be a counterproductive, he claimed, and so that’s why in his sermons, he always talked about the love of God and the kindness of God, because that’s what leads people to repentance.

And so lots of people seemingly have swallowed that idea within many church circles today, and so that’s why you find so often attempts at evangelizing that are characterized purely by talking about God’s goodness and avoiding anything that would have any intimation of His wrath, His holiness, judgment or, God forbid, we’d ever mentioned hell.

Well, we got to take a tip from Jesus on this and the Apostles. If you look at Jesus preaching, as he endeavored to get people to repent, he mentioned hell a lot, and not in a way that came across as demeaning to people and prideful on his part. Of course, he couldn’t, impossible for Jesus to be proud. He could not think too highly of himself. Okay. But not in the picture of the self-righteous, skinny little preacher pointing his finger at people and telling them they’re all going to go to hell unless they repent and so forth.

But more from a motivation of love and compassion, warning people just like if you love someone and you saw them driving down the road and the bridge was out, love with trying to get in their way and prevent them from making that mistake. And so no doubt, that was the motive and Jesus’ heart, he wept over Jerusalem. And if you study the sermons of the Apostles in the Book of Acts, you’re not going to find them mentioning anything about the love of God. Okay.

Now, I’m not saying it would be, it’s inappropriate mention love God. I’m just saying that when we look at all of scripture and get a little bit balanced on this subject, we find that those silly statements that we should never preach about the holiness, the righteousness, or the judgment of God. We should never mention that in our witnessing, because it’s the kindness of God that leads men to repentance. That idea is exposed as being very fallacious.

So let’s take a look, why don’t we, at the very statement that Paul made. I’m going to read to you from Romans chapter two, starting in verse number four, Paul says, “Or do you think lightly of the riches of His kindness and tolerance and patience, not knowing that the kindness of God leads you to repentance?” Well, by golly, there it is. It is true that the kindness of God leads people to repentance.

However, let’s take a look at the context. What do you say? Okay. And let’s start in verse number one of Romans chapter two, just jumping up basically three verses. Paul writes, “Therefore you have no excuse, every one of you who passes judge.” That is when you condemn other people for their moral failings. “For in that you judge another, you condemn yourself, for you who judge practice the same things.”

Well, that’s hypocrisy, isn’t it. But so when you condemn others for doing wrong, you’re condemning yourself if you also do the same things that are wrong. And so Paul continues, “We know that the,” oh my goodness, let’s look what he says next, “the judgment of God rightly falls upon those who practice such things.” So Paul’s talking here about the judgment of God falling on hypocrites. And then he says in verse number three, “But do you suppose this, O man, when you pass judgment on those who practice such things and do the same yourself that you will escape the judgment of God?”

Oh my goodness. Paul, again, is making reference to the judgment of God and how hypocrites will not escape God’s judgment. And then we come to verse four, “Or do you think lightly of the riches of his kindness and tolerance and patience, not knowing that the kindness of God leads you to repentance?”

So you can see that statement about the kindness of God is followed by three sentences or so all about the judgment of God. And so contextually what Paul is saying is when you understand the judgment of God, then you also understand how kind he has been in withholding his judgment from falling on you as he has been long suffering towards you when his anger was aroused. There, you see now we’re understanding what Paul means when he’s talking about the kindness of God leading to people to repentance.

But it doesn’t stop there. He keeps going in verse number five, “But because of your stubbornness and unrepentant heart, you are storing up wrath for yourself and the day of wrath and revelation of the righteous judgment of God, who,” now the next part is all capitalized because it’s a direct quote from the Old Testament, “WILL RENDER TO EACH PERSON ACCORDING TO HIS DEEDS.”

Well, see now we’re reading that verse about God’s kindness leading people to repentance within its context. And you can easily see that Paul had no bones about talking about the wrath and the judgment and the terrible things that are coming upon those who refuse to repent.

And so he elaborates now on God’s repayment scheme, verse number seven, “To those who by perseverance in doing good seek for glory and honor and immortality.” What do they get? Eternal life. “But to those who are selfishly ambitious and do not obey the truth but obey unrighteous.” What will they get? Wrath and indignation. “There will be tribulation and distress for every soul of man who does evil of the Jew first and also of the Greek.”

So Paul had no qualms talking about the judgment and the wrath of God and the future punishment that awaited for the unrepentant. It’s as plain as day here. So when someone says, “Well, we shouldn’t talk about the judgment, the wrath of God, because the Bible says it’s the kindness of God that leads men to repentance.” Just take them to Romans chapter two and say, “Let’s just read that. See what it really says.” Context is everything, as always. You can make the Bible say anything you want it to say if you just pull verses out of their context, and this is a classic case.

Out of time for today. Thank you so much for joining me. Okay. Until next time, God bless you.