I gave a little lesson some weeks back titled “Can Roman Catholics be Christians?” And I affirmed that, yes, truly, if they believe that Jesus is the son of God and it bears fruit in their life, even with all the extra doctrinal baggage that they might have in the Catholic church, they still get to heaven. 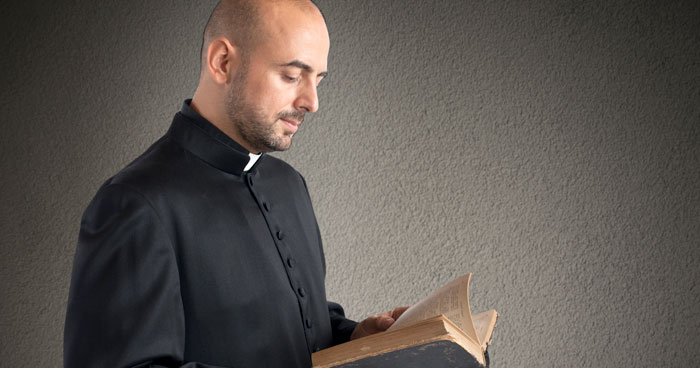 There will be some Catholics who will make it to heaven before a lot of Protestants. How about that for a controversial statement! But it’s absolutely the truth, because many Protestants have a faith in a Christ who allows them to sin with impunity, and that’s not the Jesus of the Bible, right? You’re not really believing in Jesus if that’s what you believe, because Jesus is Lord, and He said to the woman caught in the act of adultery, “Go and sin no more.” That’s Bible Jesus, right? He calls people to repentance.

Okay. So now we’re reading a letter from some friends of mine who were formally Roman Catholics who did not find Jesus in the Roman Catholic Church because they just didn’t get the message. All the manmade stuff, all the doctrines, all the practices and so forth, they didn’t find Jesus. They had to get outside the Catholic Church and that’s the testimony of many people.

So I’m breaking into the middle of their second paragraph of their very nice, gracious letter. So they ask this question, “Did our Catholic background help or hinder?” That is in our coming to Christ. That is the question. So they focus on the positive first. “Of course there is a foundation of Christian terminology that is in the Roman Catholic Church and concepts and stories that we both carried with us from our youth.” So they’re giving the Catholic church some kudos there. “Our parents were and are very moral people with Christian values and a social conscience that was instilled in me since I was little.”

Well, those are all great things. That upbringing by Roman Catholic parents. “The being secure in faith and in Christ is however,” so here’s the counterpoint, “a matter of grave concern to a Catholic as the ‘salvation by works’ has little to do with good works in terms of helping the poor, though that is considered helpful and needed.” So what she’s alluding to there is the fact that Catholicism says you’ve got to believe in Jesus plus, plus, plus, plus, plus, and a lot of the works that are the pluses aren’t really Biblical works. They are things like, you got to get to the mass, you’ve got to do all these certain things and so forth and they’re not related to the real basic moral things like helping the poor. Although Catholics do, that is a factor within Roman Catholicism. It’s in the Bible and they don’t totally ignore helping the poor. Okay?

So this is very interesting. Very interesting. I think a lot of people could relate to this. “Perhaps the right or other question to ask is not are Catholics Christians,” which I don’t even think I asked that question, because I’m asking can you be a Catholic and be a Christian? But anyways, “The question’s not to ask are Catholics Christians, but is the Catholic Church a help or a hindrance to people finding Christ and salvation? That’s the question.” That’s a very good question that everybody might have a different answer to.

Does the Catholic church help or hinder people from finding salvation? It would be my opinion that by and large around the world, and I don’t know how it is in your place because every parish is different, but around the world I’d say it’s more of a hindrance than a help. That’s my opinion. “The ‘works’ are the sacraments by which salvation is supposedly ministered. Infant baptism, Eucharist, marriage or priesthood, confession and the last sacrament are all a means through the priest or bishop or pope’s magic touch one has access to ‘grace’ and possible “salvation”.”

That’s a great commentary. I know that’s all true. I was not raised Roman Catholic, but that is all true about Roman Catholicism and I think that is a huge hindrance to people finding Christ because the message seems to come across that you get grace by these religious works. It’s really not the moral things. It’s all of these churchy things.

So she continues to write. very insightfully, “Hopefully because one is actually never really sure, it’s a mediation of the priest through Mary to Jesus to God.” She’s describing very interestingly the hierarchy of how Roman Catholics feel like they’re getting to God. I go through my priest, it gets to Mary, it gets to Jesus, gets to God and I’m at the bottom of the ladder. “They use Christian words and terminology, but it means something significantly different. For more information you can go to the current catechism or the Vatican II writings. Its priesthood is more Babylonian than it is Old Testament and its external trappings are exactly what they are, trappings that stop a person from coming to Christ himself.” And I agree 100%. Very, very well-written.

“As they continue with a daily sacrifice of Christ through the offering on the altar of the host, which they say is the transubstantiated physical body and blood of Christ which must be offered again and again for the remission of sins.” Well, that’s a biggie right there, right? That was the one reason for the Protestant Reformation because of the Catholic doctrine of transubstantiation where the bread and the wine literally become the body and blood of Christ. That’s based on scripture because He said this is My body. This is My blood. But she says you’ve gotta take the rest of scripture.

“They are in fact denying the core Gospel message that once and for all was enough and that the blood of Christ is precious and enough for the gravest of sinners to come to repentance.” Thank you for saying that. “And for all our stumbling still as we have a high priest in the sanctuary interceding on our behalf daily.” Oh my goodness that is spot on.

In my little lesson in Roman Catholicism, of course I wasn’t going into all the trappings and what I would consider false teachings of Roman Catholicism. What I was saying is people can be stuck in that because I have friends who are Roman Catholics, older people, and they’ll never leave the Roman Catholic Church. I can’t imagine them ever leaving. I wish they would, but they’ll go. But they are true believers in Jesus and it bears fruit in their lives, but they got all this other stuff and it’s such a shame. But somehow or another, in that environment they actually did find Christ. Okay?

This letter is so good. I’m appreciating it even more now as I’m reading it here as we’re filming. So I’m going to go one more little lesson on this. Okay? There’s just three short paragraphs left, but it’s so insightful and I think anyone who is Roman Catholic who’s struggling to know what to do or anyone who came out of the Roman Catholic Church, this will be an affirmation to them. It certainly is good stuff. Thank you for joining me. See you next time.