Not long ago, I visited a Mormon church to see what I could learn from that experience. I was surprised by what I discovered! 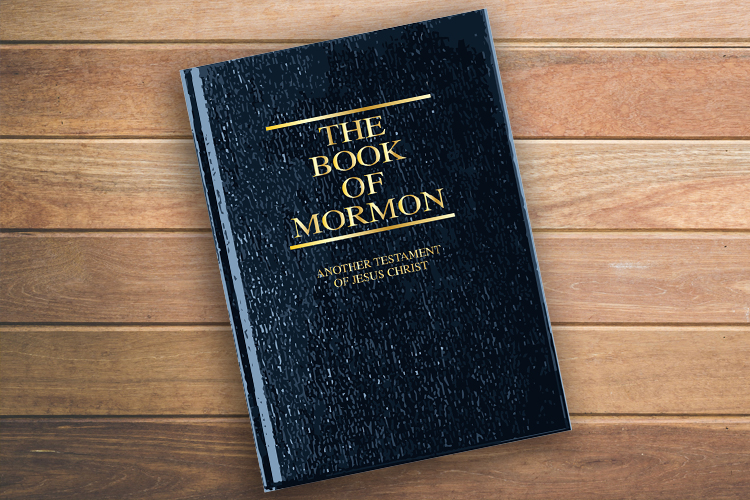 Hey, welcome to Today’s Little Lesson. Thank you once again for joining me. We’re talking about the Mormons. Boy, they’re everywhere. If you’ve ever been out to Utah, which I’ve been there a number of times on vacation and on ministry business and bumped into a lot of Mormons and, goodness, the ones that I ran into, morally upright people who have a lot going for them as far as the appearance of their love for God.

Now, I’ve heard from some friends who live in Utah, and I trust their observation, that there is a dark underside. I’m not surprised about that, and that there are what they call Jack Mormons, who are like not the real deal or they’re kind of backslidden Mormons.

I suspect that the Mormon Church is just like every other church in this respect, that there’s probably people that truly in their hearts believe that Jesus Christ is the Son of God, and so therefore they love and do their best to serve him. There are those who are just like religious dudes who have a culture of their particular denomination, and we’re third generation Mormons, we go to Mormon Church, we act like Mormons, blah, blah, blah but it doesn’t really affect their daily life much. Yeah, they go on the mission trip, the obligatory mission trip when they graduate from high school and so forth and even go door to door sharing the Mormon message, but after that they just kind of slide into the world, and make money, and live just a basic, decent life but in reality they’re not really born again. They don’t really believe in Jesus.

Okay, so that there is my opinion. Again, this is my Little Lesson, so I guess I get to give my opinions. There you go. You can agree or disagree and I still very much love you.

Anyways, I was telling you in the last Little Lesson that I visited a Mormon church and I’ve looked at their doctrine and so forth to see where they’re at on the essentials, on the basics, and where they’ve got Jesus as the Son of God, Savior, Messiah, Lord, and so forth. I was out in Phoenix, Arizona, visiting some friends out there and on some ministry work, and I couldn’t stay in a hotel. Actually, I could’ve stayed in a hotel, but I didn’t want to spend the money, so I stayed at someone’s house. You go onto Airbnb and you can get a room in someone’s house and save some money.

I found myself in the house of some very nice people, a young couple, and they were Mormons. They asked me if I would be interested in going with them to church the next day. It was Sunday. I said, “Well, sure. I’ve got nothing else to do. I’d be happy to.” I hadn’t been in a Mormon church in decades. I went along.

They explained to me, “Well, this is not a regular meeting. We’re actually joining six of our area congregations together at one church, and we’ll be listening to leaders from Salt Lake City by video feed.” I thought, “Well, that’s interesting.” There was lots of people there, all very conservatively dressed, no immodesty that you so often see in so many of the “born again” churches and so forth.

Here’s honestly what I … I left. Here was my takeaway from that time. I’m just telling you the truth now. I heard in the … think there were three or four presentations that were 10 or 15 minutes long from leaders, Mormon leaders in Salt Lake City via the video feed as well as people who were conducting the gathering, the emcee or whatever you call them. I heard more in that service about the importance of obeying the commandments of our Lord Jesus Christ than I have ever heard in any Protestant evangelical church that I’ve ever attended, any service I should say, any single service. I heard more.

That shocked me. It shamed me also in one sense, because I thought, “Here’s the Mormons, and look what they’re preaching.” They actually do believe that faith without works is dead, which is not apparently believed by a lot of evangelical professing Christians who have the greasy grace type gospel that it doesn’t matter how you live your life, just as long as you pray this little prayer and accept Jesus. Well, no Mormon who understands Mormon theology, or at least who was in that service where I was at that day and listened, would have ever come away thinking that. They would’ve come away thinking that we all need grace to be saved, but the grace that saves us also transforms us and motivates us to want to follow and obey Jesus Christ and do good works in his name, et cetera, et cetera, et cetera. That’s what I came away with, all right.

Again, as I said in the last Little Lesson on this subject, I’m not saying that every Mormon is a Christian, but I think there are a lot of Mormons who truly do believe that Jesus is the Son of God, the Savior of the world, and they have turned to him in faith and in repentance. I think that they have some errors in their doctrine. I do not agree with them that the Book of Mormon is an accurate record of historically what actually happened in North America, but I heard a lot of quotes that day in that Mormon church from the Bible. Again, I also heard them read from the Book of Mormon, but I heard a lot from the Bible.

God loves people. I don’t understand people who are always trying to find ways to exclude others from going to heaven. God wants to get people into heaven, so much so that he sent Jesus to die for them. He’s really motivated in this, okay. He puts up with a lot. He tolerates a lot. He overlooks a lot. I mean he’s a good, good, good Father, not giving us any excuse in any way to not press on towards perfection.

But when you’re excluding everybody but your group because you have right doctrine, well first of all, doctrine is not the litmus test. Belief and the subsequent behavior that validates the belief, that’s the litmus test right there. Okay? All right.

Well, again, please don’t write hateful things in the comments. Just write nice things, okay. Be gracious. Even if you disagree, be gracious, okay. If you want to be a hero, please go visit heavensfamily.org, and you can find a way to be a hero to some of the least of these around the world that the ministry of Heaven’s Family is serving. God bless you.