Are Mormons Christians? In today’s little lesson we’re going to talk about the Latter Day Saints. You can’t argue with a great name for a church! 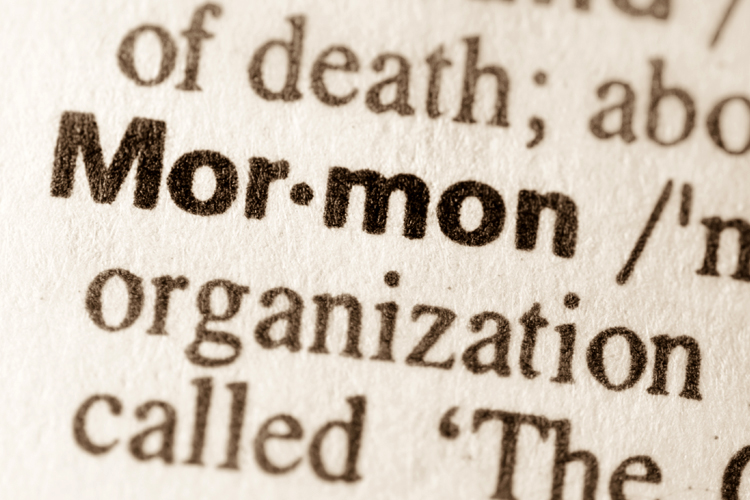 It’s, obviously, a commentary and an emphasis on the character of the members. They are saints. And, of course, we know that the Bible teaches that everybody who believes in Jesus is a saint by calling. We need to live up to that calling. I think it’s interesting that the Mormons have incorporated that into their name and if you study their history a bit, you find that their founder, Joseph Smith, regardless of whether he was a hoaxster or a sincere, genuine person, believed that the church of his day was corrupt and so forth and that he had a role as a reformer. And the reformation that he brought about was this Latter Day Resurrection of the original Church and he had the book of Mormon supposedly given to him through a divine revelation. He discovered the tablets and so forth.

So anyway, the question today is, are Mormons Christians? Of course, you have to define what a Christian is before you can define whether Mormons fit your definition. There’re lots of definitions of what a Christian is out there. So it makes it tough just to answer this question in just a couple of minutes. My view of a Christian, the way I see it, is it’s anyone who believes in Jesus Christ. God so loved the world that he gave his only begotten son, that whoever believes in him will not perish but will have eternal life. So a requirement to be considered a Christian is not someone who has perfect doctrine, that everything that they believe lines up perfectly with all the doctrines of the Bible. Because to have eternal life, there’s really only one doctrine or one belief that’s required and that is to believe in Jesus.

And it’s not believe about Jesus, it’s not believe theological facts about Jesus. It’s to believe in Him, the person of Jesus. And who was and is the person Jesus? Well, He is the son of God, and if you look into Mormon doctrine, you’ll see quite readily, they don’t make any bones about it. They believe that Jesus is the son of God and that He’s the Messiah. And He’s the Savior and He died for everyone’s sins. And He’s the Lord, and He’s the Creator of the universe and so forth. So He is a divine person. Now, they deviate to a degree from many within what would be considered Orthodox Christianity on their view of the Trinity. But I personally disagree with those Christians, my brothers and sisters, who say that you have to have a perfect understanding of the Trinity, because it’s a kind of a complex thing, isn’t it? Understanding how three can be one.

And so various segments within, what I believe is the true body of Christ, have different definitions. And I’m a little bit concerned when I hear one of those radio preachers say, “Well, those oneness Pentecostals who believe that Jesus and the Father are the same person, that’s heresy. So they’re all going to hell.” Oh, come on, I just, I don’t agree with that. I don’t agree that Jesus and the Father are the identical same person. I don’t believe that at all. I have my view on the Trinity that disagrees with that. But what I’m saying is that just because the Mormon doctrine of the Trinity is maybe off-base in my mind, I don’t think that eliminates them from being called genuine Christians if they genuinely believe that Jesus is the son of God. Okay?

And people sort of say, “Well, what about their false doctrine?” Well, I believe they do have some false doctrine. For example, they believe that all of us preexisted as spirit children of God, a long, long time ago with Jesus and I don’t really see that in the Bible. And they have other beliefs, they believe, of course, the book of Mormon was a revelation given by God about Jesus’ visitation to North America. I am not persuaded of the truthfulness of that. Okay? But back to the basics now.

If someone genuinely believes that Jesus Christ is the Son of God, and that is reflected in their life as they are trying to obey His most basic obvious commandments that are also carried over from the Mosaic law and in everybody’s conscious. This is the interesting thing, I’ve heard people who were in my genre of Christianity, my group. And they’ll say, “Yeah. It’s true. Most Mormons lead better lives than most Christians, but they are not really Christians.” Now, I just want you to think about that for a second because that’s an interesting statement. Most Mormons lead better lives, or holier lives than most Christians do. But the people who are doing a better job at obeying Jesus, they’re not Christians because, and they list the reason, because their theology is wrong in one shape or form or fashion on some point. I don’t know, I’m more inclined to think that, “You’ll know them by their fruits,” as Jesus said.

And He didn’t say that in the foretelling of the sheep, and the goats, for example, that the sheep are the ones who had perfect Christian doctrine. No, they demonstrated a love for the least of these and the goats did not. So the goats may have had great Christian doctrine, but if they don’t love the least of these they’re not in the sheep category, they’re in the goat category, according to the Lord Jesus Christ. I look for the evidence of the Spirit, and I have to admit that of all the Mormons that I have met through my lifetime of 60 years as I’m talking to you, I met some pretty doggone good ones and morally upright people. Honest people, hardworking people. I’ll tell you in our next little lesson about my experience visiting a Mormon church not too long ago. I was out in Arizona and I stayed at somebody’s house because I wanted to save some money and not pay for a hotel.

So I went to Airbnb and found myself in the house of a Mormon. And they invited me to church and I had nothing to do that Sunday morning, so I went along with them, with notepad in hand, to see what I could see, what I could learn about that experience. So I’ll tell you about that next time.

But regardless, in the complicated answer to are Mormons Christians? Well, the ones who believe that Jesus Christ is the Son of God and the Savior and the Messiah and so on and so on, in my book, they’re born again in spite of their other doctrines. Okay. And I think the fruit of it shows up in the lives of those who are genuine believers among them. All right.

All right. We’ll talk more about this in the next little lesson. Thanks for joining me. God bless you.