“Would God be displeased with me if I committed suicide during the tribulation?” This question was recently submitted to David and reflects what some Christians wonder about the hardships of the tribulation. Bible teacher David Servant answers this question with the wisdom and hope of God’s Word in this Little Lesson. Learn more! 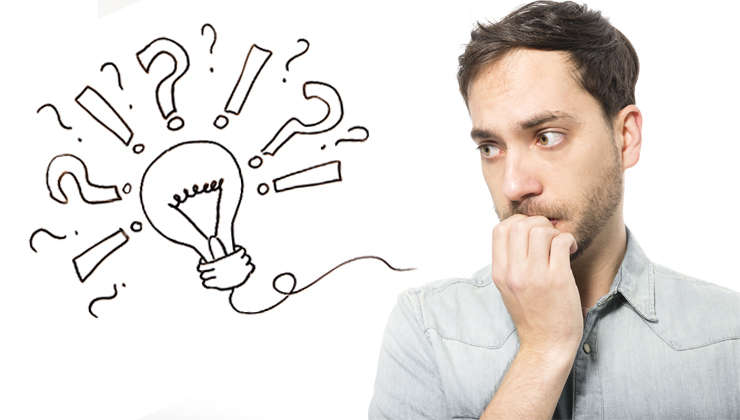 Periodically, we try to answer some questions from our viewers, and I try to pick ones that we haven’t answered yet because we’ve done this quite a lot. This one comes to us, it’s kind of an unusual question. He writes, “I’ve been wondering ever since I saw your video about suicide on what your thoughts on whether God would forgive someone who killed themselves during the revelation?” Or I think he means the tribulation. He’s talking about what’s revealed in the Book of Revelation. ” … instead of seeing it through,” trying to endure to the end. “Would God not forgive someone who ended their own life during the end of the world?”

Well, that’s a doozy right there. A doozy of a question, and I’m never ceased to be amazed at the questions that people have. This person sounds like a young believer. Young believers, for some reason, are often drawn to the Book of Revelation, and what a mysterious book that is, and what a scary book that is. If you’ve been a Christian very long, you know that there’s a huge spectrum of Christian thought on the end times and what’s going to happen. Of course, everyone’s trying to figure out the Book of Revelation, and I’ve got plenty of books in my library, some I’ve read, some I have not read, that try to help us understand what’s so hard to understand.

God can be pouring out his wrath on the earth, and God can protect single individuals anywhere he wants, if God is all powerful. We have examples of this. When the plagues that God was sending on Egypt during the time of Moses, he kept Israel from those plagues in every case, right up until the final plague of the death of all the firstborn in Egypt. Nobody in Israel who put the blood of the Passover lamb over their doorposts, they didn’t suffer the loss of the firstborn in their household. So God’s able to differentiate.

That being said, I think that everyone agrees that the Book of Revelation talks about a guy by the name of the Antichrist. Paul talks about him, and he’s yet to come, and he’s going to be a great persecutor of the people of God. Although we are exempt from the wrath of God, suffering that, we’re not exempt from persecution, even to the forfeiture of our lives. Every year around the world, there are literally hundreds, in some cases thousands, of Christians who pay the ultimate price for their faith who are martyrs.

If you’re living in a relatively free country, like the United States or Canada or Australia or Western Europe, these things are not so familiar to us. But if you’re living in a nation where they hate Christians and it’s against the law to be a Christian, well, then you could suffer the ultimate penalty. But there’s also a great reward for those who suffer martyrdom. The Lord makes it up to every single one of us. We reap what we sow. He repays us according to our deeds. You have nothing to worry about when it comes to the fairness of God and God repaying us fairly.

The question is, now, would it be okay if I committed suicide during the tribulation? I’ve actually thought about that myself. True confessions here. Because if they’re coming to get you and you know it’s inevitable that the minions of the Antichrist have surrounded your house and so forth and they’re going to take you and they’re going to execute you, would it be wrong then to take your own life, and would God forgive you if you did?

My understanding from reading the accounts of some martyrs in the past who were facing imminent death, execution for their faith, that God gave them special grace to endure it.

Because I get it, you’d want to find an escape hatch, and maybe overdosing on sleeping pills would be a better way to get out of here. But I wouldn’t try to figure that out right now, if I was you, or make any plans for it. I would just trust that if the Lord’s going to allow you to face such circumstances as that, that he’ll give you the grace to get through it and to be brave and to also boldly testify before those who are persecuting you, and even who are about to execute you, to tell them about Jesus and to show them how you’re not afraid of death. In fact, you’re actually looking forward to it because Jesus is waiting for you. He’s been preparing a place for you in heaven for about 2,000 years now.

All right, so don’t try to figure it out now and stock up a bunch of sleeping pills just in case your house is surrounded by the minions of the Antichrist.

A lot of Christians, of course, don’t even believe we’re going to go through the tribulation, and I’m not one of those ones. I was one for a long time, but I kept reading these verses in the Bible that made me question my theology. I was finally able to admit that my theology was based on my desires more than what the Bible said, because who wants to go through the tribulation? Not me.

But remember when the apostles were first incarcerated and in prison for their faith and then they were disciplined, they were scourged, and they went away rejoicing that they had been counted worthy to suffer for the kingdom of God. Something supernatural happens. Remember when Stephen was being stoned? He had a vision, and he saw Jesus standing at the right hand of the throne of God. What a way to go. If he had taken his own life and taken an overdose of sleeping pills, he might’ve missed out on a great, glorious vision. He also was able to let his light shine until his final breath. Because he prayed, he said, “Lord, don’t hold this sin against them.” Can you imagine the impact that prayer had on those people? One of the people who was holding the coats of the people who were stoning him was the future apostle Paul. I bet he never forgot that.

All right, I’m out of time for today. Thanks so much for joining me.Until next time, may the Lord bless you.