What does the Bible have to say about interracial marriage? I actually have a book or two in my Christian library at home that present arguments claiming that God is opposed to interracial marriage. And the scriptural basis for their arguments are found in the Old Testament, God’s warnings to Israel against intermarrying with the seven nations in Canaan’s land, which the Israelites were called to go in and dispossess. You probably know the story. 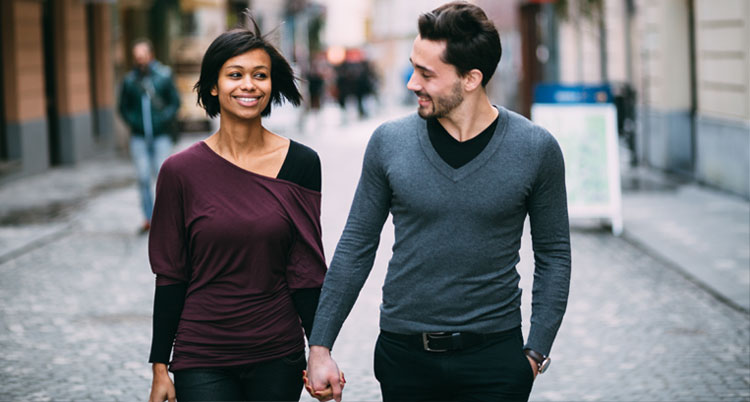 I don’t think those scriptures are really good arguments against interracial marriage. I think they’re good arguments against inter-kingdom marriage. That is, the people of God shouldn’t be marrying the people of Satan, as Paul wrote to the Corinthians, “What fellowship does light have with darkness?” And so for a believer to marry an unbeliever, it’s trying to mix light with darkness, and that’s probably not going to work, alright?

I’ve always told those professing Christians who are contemplating marrying an unbeliever, “You better be careful because you’re going to have big, big, big, big trouble with your new father in law, the devil.” Alright? And so we have to of course question the authenticity of the faith of any Christian who would even consider marrying an unbeliever. Because you have really virtually nothing that’s important that’s in common. And what would be attractive about an unbeliever, you know, to a believer, other than the fact that they’re created in God’s image and potentially can become a believer? I don’t know what else there is.

So those arguments that have been made in the past by professing Christians against interracial marriage based on a few scriptures in the Old Testament, cautioning the Israelites from marrying the Canaanites, I don’t think there’s any application there whatsoever. And in fact, I think there’s a lot of indication that, to even say that interracial marriage is somehow wrong or sinful in God’s eyes, there’s a lot of scripture that would stand against that very close-minded, narrow-minded viewpoint. Because, we’re all created in God’s image and all believers in Christ are equal in Christ. They have equal standing before the Father, through the death and the sacrifice and the resurrection of Jesus Christ. In Christ there is neither male nor female nor slave nor freeman nor Scythian nor Greek, Paul writes.

And so to try to make some kind of a differentiation based on scripture of races, and then going beyond that and saying it’s wrong for races to mix in marriage even though both parties are believers, oh my goodness, that’s kind of an old, outdated idea that we ought to be ashamed even exists anywhere within the realm of Christendom.

It certainly doesn’t exist in my mind, and I don’t think it exists in anyone’s minds who’s read, for example, in Revelation chapter five that one day before the throne of Jesus, the Lamb of God, there’s going to be worshipers from every tongue and tribe and nation and ethnic group. All the peoples of the world whom Jesus told us to go and make disciples, of all the nations of the world. And I do think that it’s somewhat of an indictment against the Church and against churches in particular that are comprised of one single race of people.

They say that Sunday morning is the most segregated hour in the week, at least in the United States of America. And there is some degree of truth about that. Above all people, we taught to be the most accommodating to one another, regardless of the color of our skin or our ethnicity or our cultural heritage. So in no way am I ever going to say that God’s opposed to interracial marriage.

Now, there are some considerations, if you’re considering marrying someone of a different culture. That can present special challenges, as you try to live harmoniously and you both come from very different backgrounds. But that has really nothing to do with race. Okay?

I’m a longtime subscriber to National Geographic magazine, and I’m certainly not endorsing everything that National Geographic might stand for, but a few months ago they had a special issue that was devoted just to the issue of race. And they had one of those multi-page foldouts where each one of those two pages would fold out and then you’ve got really a four page spread. And across that four page spread they had the faces and the upper body and the shoulders of about, I’m gonna guess 50 to 70 people. And all different skin tones, from the very darkest black of some, I think they were Sudanese people, to the whitest, fairest Scandinavian skin. And then everything in between. Male and female, young and old, and so forth, and it was a beautiful mosaic. A beautiful college of the peoples’ different skin tones and pigments.

And every one of them was marked with a number. Actually, what’s called a Pantone identification number. And if you’re a graphic artist of course you know what the Pantone colors are in the graphics art field. They have come up with all these different shades of every color and every hue and so forth, and you can buy the Pantone booklet that’s kind of like a deck of cards that just opens up. And you can ruffle through thousands of different shades of different colors. And they all have a corresponding number.

And in the brown and the tan and the white section, there’s a gazillion of them. So as they put all these photos in this issue of National Geographic on the spread, they had the identifying Pantone color and that was the identifying background behind the person so that their skin tone blended in rather nicely with their background. Their skin was the exact same Pantone color, for example 6842F, as the background.

And so you got to see all these different shades of skin that exist and it just made it so clear that the whole idea of black and white, oh my goodness, is an incredible way oversimplification of the thousands of different shades of skin color that exist. And the article brought out the fact that if you’re in the Homo sapiens species, 99.9% of your DNA is the same with everybody else. And your skin color just makes up this tiny fraction of a variation in what you are as a person. So it’s time to just put the race stuff aside. And particularly for Christians, oh my goodness, come on.

Alright, well, I’m out of time, thanks for joining me on this special edition of Little Lessons. It’s been a delight to be with you.