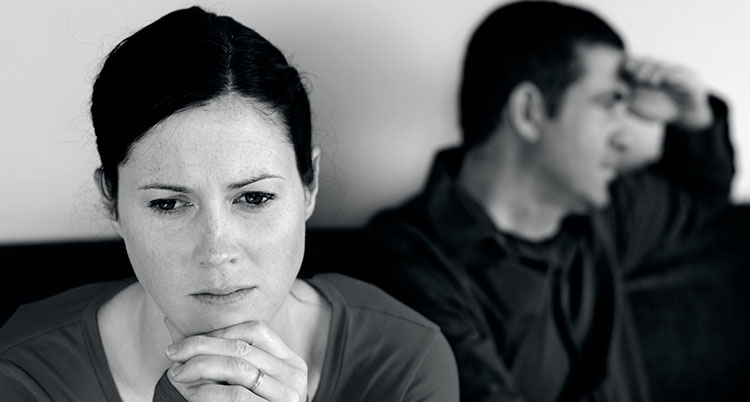 Now, why does she ask if this act is grounds for divorce? Because, although she didn’t quote this, it’s obviously alluded to in her question, that Jesus said, “Whoever looks at a woman to lust for her has already committed adultery in his heart.”

So, taking that verse in mind, I’m going to give you my best advice in this regard.

Of course, I have to say I would first of all say that although Jesus said, “Whoever looks at a woman to lust for her, he has already committed adultery in his heart,” it’s not identically the same as adultery, of which, of course, adultery is Biblical grounds for divorce.

And I would add to that unrepentant adultery, because didn’t Jesus also teach, “If your brother sins against you, go to him privately, and if he repents you’ve won your brother, and you should forgive him”?

And you have to keep giving them those chances, even if they mess up again, as long as they humbly come to you. If your brother comes to you seventy times seven in one day, asking for forgiveness, you have to forgive.

Now, of course many other questions could be raised by this of course. A person who is an habitual adulterer is not a Christian, according to the Word of God. “No adulterer will inherit eternal life or the Kingdom of God,” according to the Apostle Paul in 1 Corinthians Chapter Six.

And so if you’re married to someone who’s professing to be a Christian and they are habitually involved in adultery, then that’s good reason to question if that person has been born again. They really haven’t. All right? All right.

But let’s just say that your spouse is guilty of lusting after somebody else, to whom they’re not married. Is that grounds for divorce? Well, I certainly don’t think so.

It’s an offense, it’s a sin, and it needs to be repented of and the person needs to strive of course to steer clear of that sin in the future. But even though Jesus said, “Whoever looks at a woman has already committed adultery in his heart,” that should not be interpreted that lust is just as bad as committing adultery, or that thinking about adultery is just as bad as adultery. It’s bad, it’s wrong, but it’s not just as bad. And common sense tells you that.

It’s grounds for confrontation. It’s going to put a breach in the relationship, obviously, until it’s confessed and repented of.

If your husband just shrugs it off and says, “Well, that’s how men are,” well … Big mistake. Big mistake, because you’re justifying your sin.

If he doesn’t, then do what Jesus said, take another one with you, one or two with you, and confront him. Maybe call your pastor and say, “I caught my husband doing this, he’s unrepentant, he says he’s going to keep on doing it.” Then you could go through the steps of church discipline that Jesus outlined in Matthew Chapter 18.

And ultimately, of course, the last step if he’s unrepentant is he’s kicked out of the church, he’s no longer in fellowship. So, I would say that probably at that point of time you’ve got legitimate grounds for divorce, if you’ve gone through all those steps and he doesn’t repent. Becuase God does expect us to be merciful, because we all need a lot of mercy too, right? Right. So, don’t forget all the mercy that you got.

I have one other little caveat that I would add here. I don’t know this person who wrote this question, I don’t know their circumstances and so forth, but it would be appropriate to ask if, “Perhaps I bear any guilt myself in all of this.”

And what I mean by that is that scripture says, “Stop depriving one another.” So, if a wife is depriving her husband of sex for whatever reason, she’s sinning against him and so she’s part of the problem.

And added to that, I would say one more thing.  And don’t get mad at me for saying this, because it’s pretty universal in the male world anyways, that wives who are not loving their husbands enough to take care of themselves,  letting their original attractiveness go to the dogs, as it were, thinking “I’m not taking care of myself because I got him now and so it doesn’t make a difference how I look,” etc. Well, how did you look to reel him in? Well, come on, wake up.

He’s not expecting you not to get older, but he is expecting you to love him enough to think about him in that regard. Because he’s facing a non-stop temptation in our culture and in our environment.

And again, please don’t write to me and say, “You’re a typical male.” Well, I guess I am a typical male. But don’t put there, “Well, you know, he has no excuse.” Okay, but you may want to think if you bear any responsibility in what he’s done that is obviously so offensive and wrong. Okay? Maybe you could help.

All right, thanks for writing that question I guess, and I’m probably going to get in a lot of trouble but that’s how I see it. And I love you, and it’s not going stop my love for you if you don’t agree with me because I’ll love you anyways. All right, God bless you. Hope to see you next time.