We’ve got a really interesting question that one of our viewers has sent in, a question revolving around cremation. 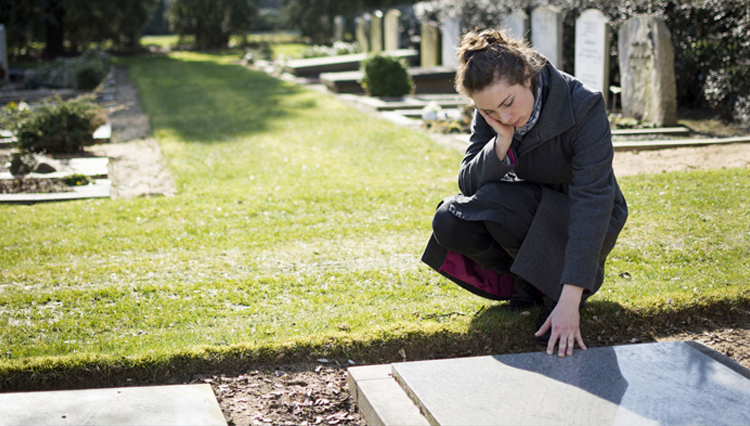 Of course, you know that when the body dies and the Spirit evacuates it, you’ve got to do something with that body. Historically, the most common thing to do, of course, is to bury it in the ground, where it undergoes decay. But, in more recent decades, another popular form of disposing of a dead body is through cremation.

The person’s body is basically put into an incinerator, and in the aftermath of that, it goes up in smoke, but there are a little bit of ashes left over, which are given to the relatives of the deceased.

Then those ashes are kept as sort of a memorial. Or in some cases the deceased, prior to their death, has requested that their ashes be scattered in a certain place that has some significance to them, for various reasons.

A Common Objection to Cremation for Christians

Anyways, let’s talk about cremation for Christians. Well, I can’t think of anything in Scripture that forbids the cremation of a Christian’s body, although we know, again, historically most common is burial of a body.

Of course, Christians envision that one day every dead body, according to the promise of God, will be resurrected. The dead in Christ will rise first when Jesus descends from heaven with a shout and with the voice of the archangel and the blowing of the trumpet and so forth.

So, for that reason some believers have persuaded that the only appropriate way to dispose of the dead body is to respectfully bury it in anticipation of that great day of resurrection.

I certainly have done my share over the years of graveside services, when we cite that very thing, because it’s a very sad thing when they’re lowering that casket into the ground. It certainly gives us hope to think of the day when the dead body contained in that casket is going to be revitalized, renewed, rejuvenated, and somehow God’s going to get that body out of there. Usually in the pictures and the cartoons, it’s depicted as kind of a bursting forth, all the earth bursts up and out comes the body, but yet that’s a little bit speculative.

It’s Not Difficult for God to Resurrect a Cremated Body

Because when you bury a body, of course, in wealthier cultures the body is filled with a chemical that slows down the decay process. But still, it eventually decays, right? Depending on the burial vault and the casket and so forth, I realize that these are factors, but it just seems to me that anything you bury in the ground, given enough time, there’s not going to be much left of there that resembles a body.

Particularly we know that would be true if there wasn’t for a burial vault, a monster casket, and whatever chemicals are injected in that body.

Regardless, think of all the people, Christian people, who have been buried in the past without all of those preservatives, as it were, and put in a very simple casket or in a cloth, or just buried, just their body under the earth. No doubt, that after so much time passed, that body decomposes and eventually, if you were to dig up that spot, you wouldn’t find much that resembles a body. Unless, of course, it was fossilized and so forth, but I don’t think that’s the most likely scenario.

No Big Deal for the Lord

So in any case, let’s just suppose that God, when He makes the resurrection bodies at the return of Christ, that He uses the same molecules. Well, if that body is decomposed and it’s become basically just a part of the earth, eight foot under, God could take the exact molecules, if that’s what’s necessary and required, in order to make a brand new body and to get it out of that grave somehow. Obviously, we’re talking about the realm of ultra, ultra supernatural.

So if God can do that, it stands to reason that God could also gather up all the molecules of smoke that have floated around the atmosphere and landed on forest floors and on street corners, and those ashes that are remaining, and gather all those molecules and recreate the resurrected body. No big deal for the Lord. Nothing’s impossible. If He can number the hairs on our head, which He says He has, then He can number the molecules that make up our body.

It’s kind of a cool thing, you know scientifically proven that you can’t destroy matter. You can just change its form so the molecules that used to comprise every dead person’s body at one point in time, over the eons of history. They’re not in a body now, they’re somewhere floating around or in the soil or whatever.

Of course there are Christians that have been burnt at the stake. Of course, they were cremated, obviously. Paul makes reference to that in 1 Corinthians 13:3, talking about love. He says, “If I give all my possessions to feed the poor and if I deliver my body to be burned …” Again, it’s a little bit vague as to specifically what he’s referencing there, but nevertheless Paul did reference the burning of a body for the sake of some noble cause. It could be for love, and it might not be for love, as that verse intimates. Nevertheless, there’s no caution or warning or prohibition of such a thing spoken of in Scripture. Okay?

Last thought, cremation could be a better stewardship when you think about what it costs to get the burial vault, get the casket, go through the ceremony, the burial plot and so forth, it’s a lot less expensive to be cremated.

So if you’re thinking at it purely from a stewardship standpoint, that might be a factor. But I’m not telling you what to do. You have to decide for yourself, okay? The nice thing is, no matter what you do, if you believe in Jesus, you’re going to live forever in a resurrected, glorified body that can never die. Nice note to end on. Thanks for joining me. God bless you!