The Bible is clear that you can confidently and expectantly ask in faith for God’s healing for yourself. But what about praying for healing on behalf of others? Can you have faith for them? How should you pray for them to be healed? Learn more! 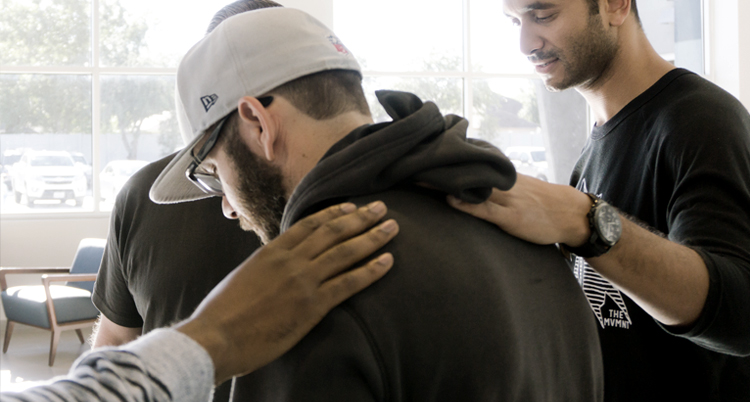 We’re going to continue on the theme that we’ve been on for quite some time here, and that is divine healing. Some of our beloved viewers have posed questions and sent questions in. And so I’m trying to do my best with my limited knowledge to give the answers that I can provide.

We’ve talked a lot about divine healing, the promises of God, the way that God heals through people believing and receiving by faith, sometimes through gifts of healings, which operate as the Spirit wills. Here’s a question that one of our beloved viewers asked: “How should we pray for other people who are ill and diseased?”

Well, first of all, can we all just be honest, just because I pray for another person to be healed doesn’t guarantee that they’re going to be healed. We know that because we’ve all experienced failure in praying for other people to be healed. Now, a couple of important facts to understand. Jesus, when he healed people never said, “My faith has healed you.” Think about that. He never said, “Your mother’s faith has healed you.”

Now I’d better qualify that. There are a few examples in the gospels of small children, not adult children, but small children being healed as a result of their parents’ faith. Okay, but the point I’m trying to make is that Jesus said most often, “Your faith has healed you.” Now let us say we wanted to pray for someone who is not a Christian to become a Christian. What would be the proper way to pray?

“Lord, I believe. I pray in faith for their salvation and thank you that now you’ve saved them. Just as I prayed for salvation, you saved me. Now I pray for my neighbor to be saved and thank you.” And now they’re saved. Now they’re born again because I have faith on their behalf. You know there’s something wrong with that kind of thinking, right? Because everybody has to believe for themselves individually in Jesus. Your faith can’t push salvation or forgiveness of sins off on to another person, right? Right.

So how do we try to get people saved? We don’t get them saved by praying for them, we get them saved by telling them the Good News about Jesus and hoping that they’ll believe it and embrace it and acquire salvation by their faith. You got me? And that’s the same way, generally speaking, that it is with healing. And we’d do much better than what we normally do by trying to get thousands of people on the prayer chain to pray for so and so to be healed. We’d do much better to go to that person and say, “Let me show you the promises of God that will build your faith and help you to understand what you must do to be healed so that you can possess it by your faith.”

Now, there’s such a thing as the prayer of agreement. If two of you agree about anything, they shall ask, it shall be done. But if I have faith and you don’t have faith, we’re not in agreement, right? Right. That’s not the prayer of agreement, that’s a disagreement. I believe and you hope. Hope and faith are two different things. They’re both optimistic, but hope leaves room for the possibility that what I want, I may not get. Faith is the confidence, the assurance of things hoped for according to Hebrews chapter 11 and verse number 1, right?

Okay, so the individual who needs healing is going to have to have some faith on their own. So my job and your job is to encourage them to believe. We can try to build them up in their faith. That’s the way we minister healing to them. But just by praying for them, do you think that’s going to make a difference when they have no faith whatsoever? Well, experience tells us that generally it doesn’t. It doesn’t. We’ve got to get people to have some faith, I found that, okay. My faith is not able to push off on them.

Now, we talked about how gifts of the Holy Spirit operate as the Spirit wills. Well, if God gives you the gift of healing and you are suddenly anointed to pronounce healing or to lay hands upon a person or whatever, sure, that’s legitimate. You say, “I thought the Bible said, ‘Lay hands upon the sick and they shall recover’?” Again, that’s that just one verse in the Bible, that’s not the whole Bible. I mean, even Jesus didn’t lay hands upon everyone and heal everyone.

We just read a story in a previous little lesson where he healed one person through the gifts of the Holy spirit, gifts of healing. Jesus healed the man at Bethesda, crippled 38 years, yet he left a whole multitude of people behind sick, ill, diseased, didn’t heal them.

The man lowered through the roof on the four ropes before Jesus. The Bible says, “Jesus, seeing their faith.” Well, there’s a great example of the faith of five people working together. Four guys holding the rope, at least we assume four guys, and the guy lying on the pallet who is paralyzed. Obviously he had faith enough to let his friends cut a hole through a roof and lower him down on four ropes on a pallet, right? He had faith too, they had faith. Jesus saw their faith. There’s not just the guys holding the ropes, but the man on the pallet as well.

Okay, so my general point here is that when it comes to ministering healing to others, there’s only two ways you’re going to do it. Just the same way Jesus did it, you’ve got to get people to believe or you’ve got to have a gift of healing. But those things operate as the Spirit wills. You can flip that on or off. But the faith thing, that’s a sure bet because Jesus gave promises, he gave his word. Anything you desire when you pray, believe that you’ve received it and you will have it. So the person who believes, they’ve received when they pray. They of course start praising and thanking God. And that’s totally biblical.

“Don’t worry about anything, but in everything by prayer and supplication with thanksgiving, let your request be made known to God,” Philippians 4 in verse number 6. That’s a secret many people are missing. They don’t pray with faith, so they don’t get what they want. “Does any among you lack wisdom?” James said, “Let them ask, but let him ask in faith. For the one who doubts shouldn’t expect he’ll receive anything from God.” Faith is a component that you’ve got to have, and if you have faith, you’ve got joy and rejoicing when you pray and after you pray because you believe God.

All right, well we’re out of time. Thank you so much for joining me and I hope you’ll dig into the Word for yourself. If you need faith, you know where to get it, right out of the Bible. All right. God bless you. I look forward to next time.