How do I know if I’ve committed the unpardonable sin of blaspheming the Holy Spirit? 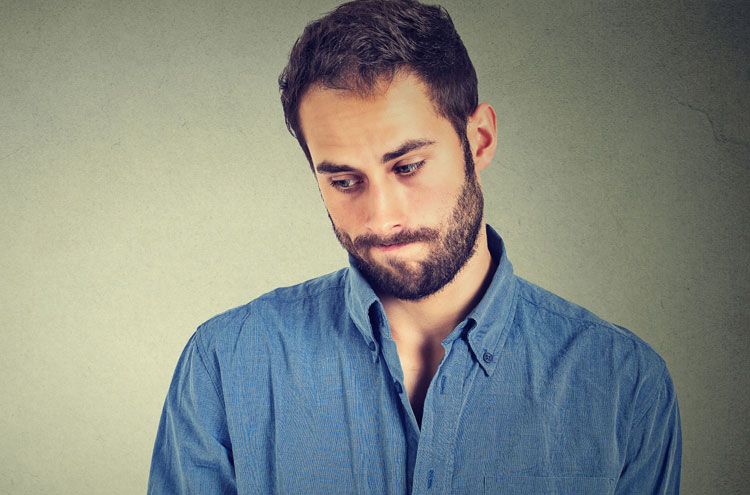 Today’s question is a good one about the unpardonable sin and blasphemy against the Holy Spirit, which Jesus said is unpardonable. We find Jesus’ warning against that sin recorded in three out of the four gospels, Matthew, Mark, and Luke, the Synoptic writers. I think Matthew gives us the most context in order to try to come up with at least a semi-satisfactory answer to this question that we’ve posed about the blasphemy against the Holy Spirit, the unpardonable sin. So I’d like to start reading in Matthew, Chapter 12, verse number 22 to get the context,

“Then a demon-possessed man who was blind and mute was brought to Jesus, and He healed him, so that the mute man spoke and saw.”

Now wouldn’t it have been great to have been there to see that instantaneous miracle, undeniable by the power of God? A man who is blind instantly sees, and who is also unable to speak and can instantly talk. And it’s all because he had a demon—he was possessed—and Jesus cast that demon out. Well, the reaction of the crowds who saw it was that they “were amazed, and were saying, ‘This man cannot be the Son of David, can he?'” (Matthew 12:23). They were wondering if Jesus was the Messiah. But then Matthew contrasts the reaction of the watching pharisees in verse 24,

“But when the Pharisees heard this, they said, ‘This man casts out demons only by Beelzebul the ruler of the demons.'”

So, they credited the source of Jesus’ power as Satanic. Yikes. That is hard hearted.

So this is when Jesus begins to delve into the subject of the unpardonable sin.

Well, that’s pretty good logic! Then He asked a second question, “If I by Beelzebul cast out demons, by whom do your sons cast them out?” (v. 27). We don’t have the background on that, but apparently some of the sons of the Pharisees were casting out demons. Were they doing it by the power of the devil? For this reason Jesus says, “For this reason they will be your judges. But if I cast out demons…” listen to this, here’s what Jesus believed, “… by the Spirit of God, then the kingdom of God has come upon you” (vv. 27-28). So Jesus believed that His ability to cast out demons was by the Spirit of God.

Now, this is a little bit of speculation here, so please understand that. But I’d like to think that the unpardonable sin, the blasphemy against the Holy Spirit, is not so much unpardonable because God lacks the grace to pardon such a sin, although I could be wrong. But I like to think it’s because when a person’s heart is that hard, they have sinned away their day of grace. They have indicated that they are past the point of possible redemption. They put themselves in a position where they can no longer be forgiven. Because of the incredible hardness of their hearts to see an undeniable, instantaneous, super-amazing, powerful miracle, and yet to say that this is the devil performing a miracle through a very holy Man whom they can’t find any sin in. If that’s your heart, you’re in bad shape.

If you’re concerned that you’ve committed the unpardonable sin, that’s a good indication that you haven’t.David Servant

I wish there was more that I knew about all this, but let me say that if you’re concerned that you’ve committed the unpardonable sin, that’s a good indication that you haven’t, because you’re concerned, right? Your heart’s not so hard. You wouldn’t be watching this video or reading this transcript if your heart was that hard, alright? So if you in the past said something derogatory or negative about the Holy Spirit, that doesn’t mean you’ve blasphemed the Holy Spirit. You didn’t see an incredible miracle like these guys saw and then say, “That’s the devil doing it.” No, that’s way beyond anything that I think you might have done in your past that you think, or the devil’s telling you, “Well I’ve blasphemed the Holy Spirit.” Okay? Alright, that’s my best answer, thank you so much for joining me. God bless you.