Is there a connection between holiness and heaven? We are currently looking at a passage found in Matthew 5, the introductory part to Jesus’ famous Sermon on the Mount, and we’re looking at a very pivotal, pivotal section in Matthew 5:17-20. 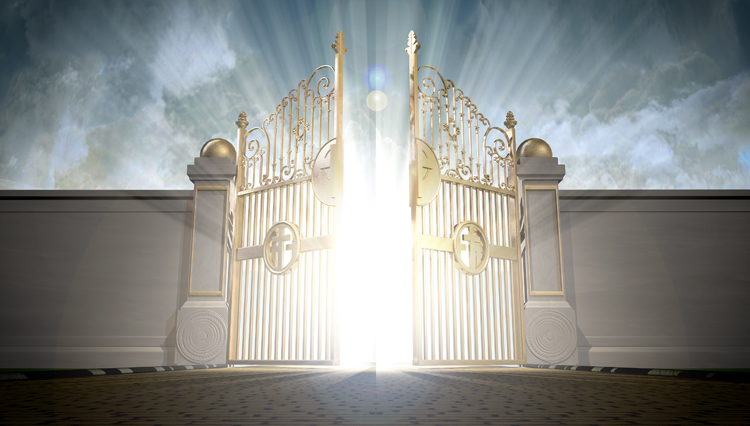 Let’s read it again, and then we’ll go further today. Matthew 5 and verse number 19. “Whoever then annuls one of the least of these commandments and teaches others to do the same, shall be called least in the kingdom of heaven.” Well, that gives us some hope that you don’t have to be perfect to get into the kingdom of heaven. You could actually annul some of the lesser commandments, and even teach others, and you still get into heaven, but you’d just be at a lower status in heaven. Isn’t that interesting to think about?

And we know keeping the commandments is quite important, very high on Jesus’ list. Not only from this verse, but also from some verses near the end of Matthew where he said to his disciples, “Go into all the world and make disciples, teaching them to obey all that I’ve commanded you.”

And so everything that we find that Jesus commanded his disciples, that’s what they were commanded to teach their disciples, and naturally, that’s a commandment that’s binding on everyone in the body of Christ from then on, and so it is interesting that the commandments that Jesus talked about would be considered the law of Christ. Many of them are founded and found in the law of Moses, so there’s a carryover there. But you notice, Jesus, in all of his teachings, didn’t harp of the commandments that we would consider to be statutes and ordinances as I discussed in our previous Little Lesson. He focused on the big things, the moral things, the important things. Those are all in the law of Christ.

Now, in the very next verse, Jesus drops a bomb, and I think that modern day readers don’t realize how big of a bomb that Jesus dropped in the next verse. Let’s read Matthew 5 and verse number 20. “For I say to you that unless your righteousness surpasses that of the scribes and pharisees, you will not enter heaven.”

So a couple of things that are clearly implied by that first. First of all, He just dropped the bomb that all the scribes and pharisees of his day are not going to even enter heaven. Oh my goodness. Can you imagine somebody, for example, like imagine a TV preacher getting up and speaking to his big audience and saying, “All of your pastors are going to hell.” That would be a bomb. That would be very offensive. That would cause a fire storm of controversy, that comment.

Now, that doesn’t mean anyone can earn their way to heaven by their degree of holiness because it’s too late for that. But, what they can do is believe in Jesus and be born again and get the Holy Spirit living inside of them producing the fruit of the spirit, and if they cooperate with that and don’t resist it and use their free human will to go along with what God’s doing on the inside of them, then their righteousness will exceed that of the scribes and pharisees automatically.

And as we study the scribes and pharisees, we find that they were not righteous at all. They were the opposite of righteous. Well, these are the guys who conspired to kill Jesus, right? So that tells you right off the bad something about their character. Jesus said, “They’re like white washed tombs, cleaned looking on the outside in the eyes of man, but on the inside, they’re full of rottenness and dead man’s bones.” So there is a connection between holiness and heaven.

But we’re out of time for today, so thank you so much for joining me. God bless you.