Have you prayed to speak in tongues, but still have not spoken in tongues? What’s hindering you? Today’s article is the third post discussing the subject of speaking in tongues. 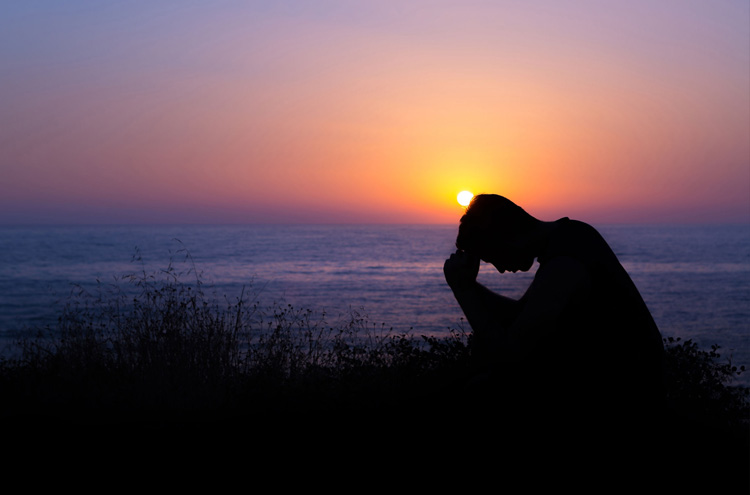 I need to say, once again, that if you’re offended by this, please don’t be! Because, I can speak for myself, my motivation in talking about this is love for you. Once you have experienced the baptism in the Holy Spirit and then the accompanying evidence of speaking in tongues, you want others to experience it as well!

I’ll emphasize it again: we’re not saying that people who speak in tongues are more spiritual or more devoted. Oh my goodness, no! We’re not making this claim at all. There are plenty of wonderful Christians who are very devoted to Jesus Christ who have never spoken in tongues. But I can’t imagine any Christian not wanting everything that God might have for them.

I can’t imagine any Christian not wanting everything that God might have for them.David Servant

In our previous Little Lesson, I tried to dispel one fallacy based upon Paul’s rhetorical question, “All do not speak with tongues, do they?” in 1 Corinthians 12:30. I tried to look at this verse in light of the context of that passage and in light of the rest of the Bible. I encourage you to check out that Little Lessons if you are not yet convinced that speaking in tongues is for every Christian!

Why Can’t I Speak in Tongues? Am I Doing Something Wrong?

Lots of people have prayed to receive the the baptism of the Holy Spirit or whatever you want to call it. They want to be able to pray in other tongues, but it hasn’t happened yet. Perhaps you’re the one of them.

I’ve been in vocational ministry for almost 40 years. I’ve ministered in around 80 countries. I’ve probably prayed for thousands of people to be baptized in the Holy Spirit, expecting them to speak in tongues. I have a little experience in this!

About 99% of the people I prayed with spoke in tongues, but not all of them received this gift instantaneously. Sometimes they needed a little bit of coaching, a little bit of help in understanding what to expect because they were, for some reason, being hindered. That’s what today’s little lesson is all about.

The One Things That Hinders People from Speaking in Tongues More Than Anything Else.

What is the one thing that I’ve seen that hinders people more than anything else when it comes to speaking in tongues? I would say that it’s a lack of understanding about what speaking in tongues really involves. A lot of folks have the mistaken idea that if God wants them to speak in tongues, He’s going to grab their tongue and their lips and all of a sudden, uncontrollably, they’re going to be like a robot speaking in other tongues! This is not the case.

This mistaken idea is actually not Biblical at all. People who speak in tongues realize that their free will (their decider) decides when to speak in tongues and when to stop. They are not able to come up with the utterance themselves. That’s the Holy Spirit’s job, but they have to cooperate. They have to utilize their vocal cords, their mouth, and their lips.

The first time you speak in tongues, it is a little bit strange because it’s never happened to you before. Once you’ve spoken in tongues once, then it becomes just as easy as speaking in your known language. When I talk, I can start and stop when I want to. I have complete control. Speaking in tongues is like this.

Speaking in Tongues Is a Decision You Have to Make!

You may have prayed to be baptized in the Holy Spirit. You may have believed that you’re baptized in the Holy Spirit. Well, I believe that God has answered your prayer. But if you never yield your mouth, if you never take a step of faith and begin to actually speak and give the Holy Spirit a chance to give you the utterance, then you’ll never speak in tongues. I know that for an absolute fact because right now I could make a decision. I could say “I’m never going to speak in tongues ever again, even though I do it every day in my prayer life.” Guess what. If I really meant that, I would never speak in tongues again, because I decided not to.

This is totally scriptural. Paul, in talking to the Corinthians, correcting them about their misuse of speaking in tongues, said in 1 Corinthians 14:14-15,

There you have it from the authority of the apostle Paul himself! Speaking in tongues is something in which we cooperate with the Holy Spirit. Again, it’s weird the first time you do it.

Have Faith When Speaking in Tongues For the First Time.

Now, some charismatic and Pentecostal people, when they pray for you to be baptized in the Holy Spirit, they’ll tell you to say something like “Shundai”. I don’t like that! And I don’t do this because I don’t think it’s right, but I get the gist of what they’re doing. They’re trying to get you to realize you must do something. If you just sit there with your mouth closed, waiting for the Holy Spirit to make you speak in tongues, you’ll be sitting there til kingdom come because it’s not going to happen unless you cooperate!

Again, it is a little bit odd, the first time. But once it happens the first time, you can do it every time after that. My advice to you is to have faith.

If you then, though you are evil, know how to give good gifts to your children, how much more will your Father in heaven give the Holy Spirit to those who ask him!

There’s a great promise for anybody—even people that already speak in tongues—if you want more of the Holy Spirit!

If you’re convinced that this is something that God wants for you, then when you do pray, then open your mouth and start talking. Just speak whatever wants to come out. Do not be speaking in a language that you already know!

An Interesting Fact About Speaking in Tongues

When speaking in tongues, the cool thing is that your spirit is praying but your mind is unfruitful. There’s a little test that I’ve tried on myself and told many people about. They’ve confirmed its truthfulness.

You cannot carry on a conversation with a person while you’re doing something like reading a book. You either have to put the book down and say, “Okay. I’m going to focus on what you’re saying and respond to you,” or you’ve got to block them out and read the book. You can’t, for example, read a book and recite multiplication tables at the same time because it requires your mind to do both of those things.

Here’s what you’ll discover once you’ve spoken in tongues: you’ll find that you can read a book, like the Bible, and at the same time as you’re reading and understanding with your mind, you can speak in tongues fluently. Absolutely fluently! Why? Because it’s not coming out of your mind. It’s coming out of your spirit. The Holy Spirit is the One who gives you the utterance.

On the day of Pentecost, it wasn’t the Holy Spirit who spoke in tongues. Acts 2:4 says,

And they were all filled with the Holy Spirit and began to speak with other tongues, as the Spirit was giving them utterance. (Emphasis added)

Speaking in tongues is something that you have to do. I think, in my experience of 40 years of helping others speaking in tongues, failure to recognize this is the greatest stumbling block that holds people back. Again, I’m telling you because I love you. Thanks for joining me! Until next time, God bless.