Is it possible for an Evangelical Protestant to be a true Christian? 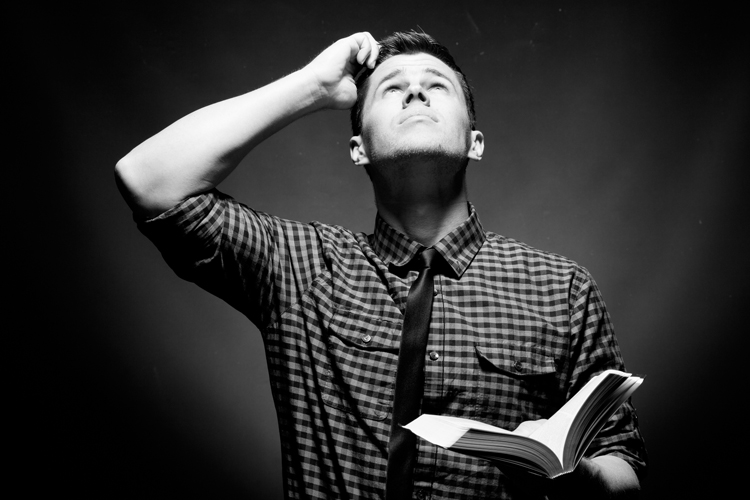 So, I just thought this would be a fun question to try to address, can a Protestant evangelical be a Christian, because the objection to Mormons being Christian and the objection to Catholics being bonafide Christian, is the issue of doctrine. And so, the Protestant Evangelicals, we offered our doctrine, it’s right. They’re the ones who are wrong. That’s what they’re saying about us. So, everyone’s sure that they are right.

And I happen to believe that there are quite a number of Evangelical Protestants, who, by Jesus’ definition, are not Christians. Oh, if you ask them are you Christian, they’ll say yes. If you say how are we saved they’ll say “Oh, through grace, by faith, and not because of works.” But that’s about as far as it goes, because they are dishonest, so all liars will have their place in the lake of fire. They’re immoral, and Scripture warns too, no fornicators, no adulterers, will enter the Kingdom of Heaven. Some cases, there are swindlers, they’re cheating other people of money. Bible warns that none of those people are gonna go to heaven.

They don’t care about the poor. They don’t do anything to help the poor. Jesus warned about the sheep and the goats, that’s in the Bible. So, we got these Evangelicals who, I’m going to the Evangelical Protestant Church and those Roman Catholics, they’re wrong, and those Mormons, they’re a cult. But, we’re right. I don’t care about the poor and I’m living with my girlfriend.” Oh, okay, so you’re gonna go to Heaven, huh? And those other holy people in those other churches, who you can’t hold a candle to as far as morality and ethics, they’re gonna go to hell ’cause they don’t have the right doctrine. See? That’s just an example of how easy it is to be deceived over these things.

Here’s my little piece of advice. Paul said “Examine yourself to see if you are in the faith.” He recognized that there were people in Corinth who were deceived about these very things. That’s why he wrote about this, says, “Don’t be deceived. I warned you like I forewarned you, no fornicators, no adulterers, no immoral people, no swindlers, homosexuals and so on. None of these immoral people are gonna inherit the Kingdom of God. Don’t be deceived.” So, at the end of the letter he says “Examine yourself to see if you’re in the faith.” I trust that you know the … we don’t fail the test, because we have the fruit, the evidence of our faith. But look at your life and see if you really are a believer.

Amongst the Evangelical Protestants, oh my goodness, they’ve come up with so many loopholes, and so many explanations that water down what is clear to anyone who’s just a little bit honest, who reads the New Testament. For example, the Evangelical doctrine that there are two classes of Christians, there are believers, and then there are disciples, those are the committed believers. That’s commonly believed and commonly taught in many Evangelical Protestant circles. You won’t hear them talking about that in the Mormon Church, I guarantee you that. And you won’t hear them saying such things in the Catholic Church, either. Only in the Evangelical Protestant Church will you hear there’s two classes of Christians, believers and disciples and the disciples are the more committed ones, who have taken the optional step of a higher level of devotion to Jesus. Because Jesus said you can’t be my disciple unless you do certain things.

Read it yourself, for example, in Luke chapter 14. And he lists three requirements to be a disciple, and Evangelical Protestants, who, many of them don’t understand the truth about God’s grace, say well, these can’t be requirements for salvation ’cause this is works and we’re not saved by our works, we’re saved by grace through faith. And so we make the conclusion that being a disciple must be an optional second higher step of devotion. Yet, such an idea is found nowhere in Scripture. In fact, just the opposite is found in Scripture. You read the Book of Acts, they don’t talk about the different classes, the believers and the disciples. Everyone who truly believed in Jesus was a disciple of Jesus, and they were committed to Jesus, and they met the requirements to be a disciple of Jesus by appraising themselves in light of what Jesus said it, you have to be to be a disciple of Jesus Christ.

It’s the Protestant Evangelicals that ought to be looking at themselves and saying “Can you be a Protestant Evangelical and be a Christian?” Well, if you’re the kind of Protestant Evangelical who thinks that holiness is not a part of the salvation equation at all, and that no matter how you behave or act or what you do, is of no consequence whatsoever so far as it concerns eternal life, oh my goodness. I would say that you’re deeply, deeply deceived.

I would just advise you … you don’t need to go to the library and take out books. Just open up your Bible, and read it for yourself, where there’s so many indications from the lips of Jesus and from the writings of Paul and Peter and James and John, that holiness is definitely a part of the equation of salvation. You can’t earn your way, that’s impossible now, but you can demonstrate that you believe by your works. This is not salvation by works, this is salvation that works. Think about these things, it’s really important. And rather than judging everybody else’s doctrine, it’d be better to judge our own lives. Amen.

All right, thanks so much for joining me. If you’re interested in serving the least of these around the world, HeavensFamily.org is a website you ought to visit. That’s what I do when I’m doing these videos. And, we’re working in about 40 countries, expanding Jesus’ kingdom, and meeting pressing needs of our spiritual brothers and sisters, people whom Jesus called the least of these.