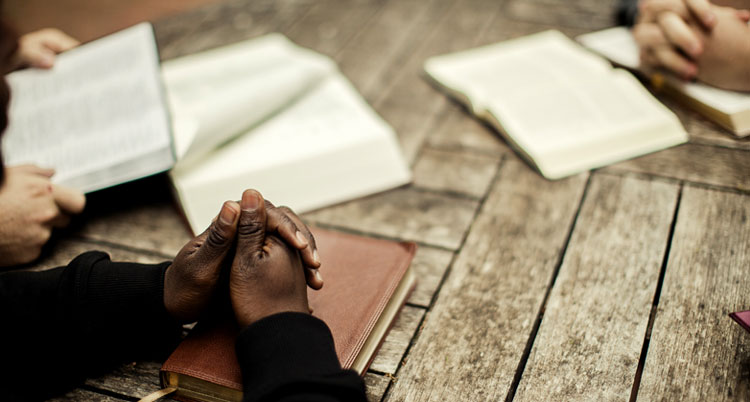 I’m sorry to say that that’s off the radar of so many professing Christians. Even though you can’t argue against the fact that this is entirely Biblical. We see that in other spots in the New Testament. Paul wrote to Timothy, “The things, Timothy, which you have heard and learned from me, these instruct to faithful men who will be able to teach others also.” You see four generations in 2 Timothy chapter two and verse number two. Paul, Timothy, as well as the others who were with Timothy because Paul said, “Timothy, the things which you heard me say in the presence of many witnesses,” so that’s the second generation, “these entrust to faithful men.” Everyone like Timothy in that second generation was expected to entrust what they learned to faithful men who would be able to teach others also.

God envisioned a chain of discipleship. If we’re not involved in that chain of discipleship, we’re out of God’s will. I’m just going to say it plain, frank, and blunt. We’re out of God’s will. We need to be involved in the chain of discipleship that God envisioned. The problem is that we’ve got many ideas that still come to us from the dark ages because we’re still coming out of the dark ages. One of those dark age ideas is that you don’t have a right to share anything until you know everything, which is of course nonsense on any level and in any other field of understanding in the world, you don’t have to know everything about everything before you can share something with somebody else that you know. If you know anything, you can share it with someone else.

Again, we all have limitations. None of us know everything. We have this idea that the only ones who can make disciples are the ones who have been to Bible school or seminary and they’re the trained professionals because they know so much. They’ve been to school for this, et cetera, et cetera. That’s an idea from the dark ages. If you’re born again, if you believe in Jesus Christ and you know enough to be born again, you know how to lead someone else to Christ. That’s indisputable. If you say, “I don’t know what the gospel is.” How could you be born again? How could you be saved if you don’t know what the gospel is? What did they share with you that you believed? You can tell someone that much. Don’t buy into the lie that you have to know everything before you share anything.

Here’s what we’ve lost in the West. We’ve lost the idea that it’s everyone’s responsibility to be involved in the chain of discipleship. I mean, just ask yourself the question, “Am I sharing the gospel with anybody? Am I mentoring, teaching, encouraging, admonishing, sharing with any other Christian who I’m at least a little bit ahead of in the sanctification process, in this process of spiritual growth?” We just have this dark ages idea that our job is just to kind of try to live a fairly clean life, go to church, pay our tithes, and invite our unsaved neighbors to church. That’s where it all ends. Think about that a little bit longer because it’s not what the Bible teaches at all. In the book of Acts when the early Christians were scattered because of the persecution related to the stoning of Stephen, the Bible clearly says they were scattered everywhere, and everywhere they went, they were sharing or proclaiming the gospel, the Good News.

How could you keep quiet? How can we keep quiet? Charles Spurgeon said, “Every Christian is either a missionary or an impostor.” That is you’re an impostor Christian. He said, “A person who thinks highly of Christ, highly appreciative of Christ, can not possess a tongue that is silent about Christ.” We have to share. Every true Christian senses that within them. Do they not? Honestly, throughout our daily lives, when we meet someone or come in contact with someone, we’re always thinking, “Is this person a believer or not? How can I wiggle Jesus into this conversation? How can I turn this conversation to something meaningful that would lead to perhaps the salvation and the discipleship of this person to whom I’m speaking? Is this person a believer? Do they know the truth or are they still in darkness?” That’s a universal feeling amongst Christians. Again, we might have a fear of sharing Christ. We might not be skilled in knowing how to jump in a conversation, to segue into making it a spiritual conversation.

I think usually the best way to do that is to ask a question, ask their opinion about something that’s related to spiritual things or Jesus or life after death or something or start with a compliment and then say, “I’d like to repay a favor. Can I tell you something that’s very important to me?” or to apologize and say, “You know what? There’s something I’ve been wanting to tell you that I just held back because I’m kind of afraid. Would you mind it if we did set a time to get together and we could talk about something that I just think’s important? If you could just do me that favor,” so just being honest and apologetic and so forth. That softens hearts. That opens hearts. Man, disciple-making movements, they’re happening all over the world, and every Christian ought to be a part of a disciple-making movement on some level. Thanks for joining me. God bless you. I hope to see you next time.