Thank you so much for taking me up on my special offer of Forever Rich, The Great Gospel Deception, and Through the Needle’s Eye! We’ll be mailing your book as soon as possible.

Thank You » Thank You
Share Tweet Pin It +1 Print
Dear Beloved Readers, I intended to send a followup article this month to February’s e-teaching on questionable beliefs Christians sometimes hold concerning modern-day Israel. And I’ve been working diligently on that followup article over the past few weeks. Due to an exciting opportunity at Heaven’s Family this month, however, I decided to postpone that followup article until next month in order to send you the special e-teaching below. I will return to the subject of modern-day Israel in April. For now, I hope you will enjoy this month’s e-teaching and prayerfully consider participating in the opportunity mentioned at the end. Thanks so much, David

There is a biblical story set in Samaria, the capital city of Israel, during a time when it was surrounded by a foreign army. The siege dragged on for months, and food prices behind the city walls had skyrocketed. People were dying of starvation. Some of the Israelites resorted to cannibalism in order to survive the famine. The crisis had reached its tipping point, and death was certain, either from hunger inside the city or from the sword and spear outside. 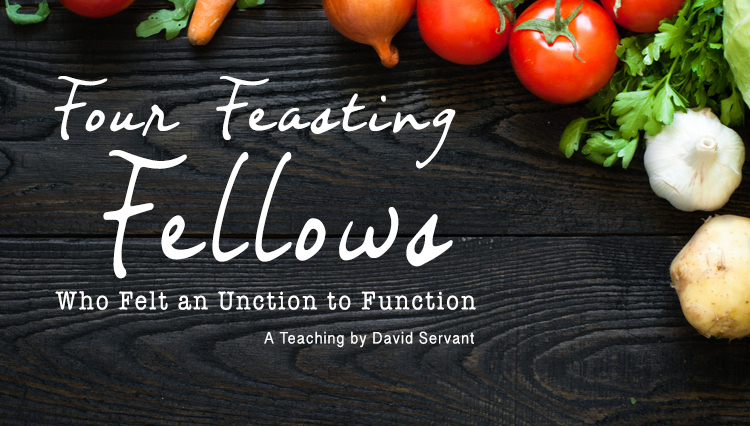 The e-teaching that follows, which I originally wrote after Hurricane Katrina bombarded New Orleans in 2005, seems appropriate to re-publish now. For the first time in recorded history, two Category 4 or higher hurricanes have struck the U.S. mainland in the same year. “That is extraordinary by itself,” according to AccuWeather founder Dr. Joel N. Myers, but “also unprecedented is that this particular storm, Irma, has sustained intensity for the longest period of time of any hurricane or typhoon in any ocean of the world since the satellite era began.” Might there be a divine message hidden in these recent hurricanes? Keep reading! – David 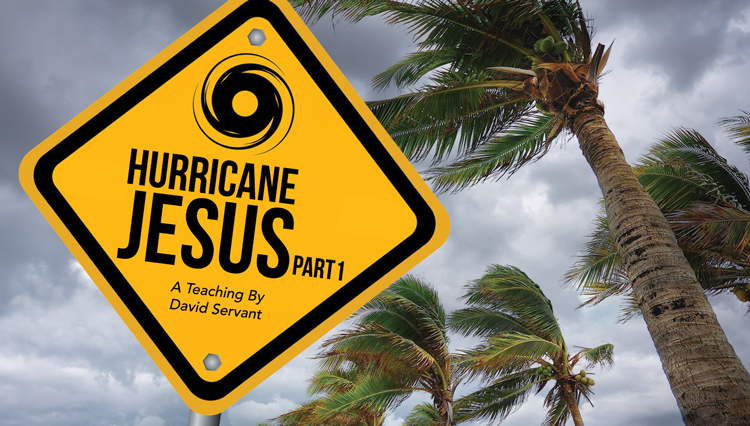 Over the past few months in my e-teachings we’ve been taking a look at who God really is—as He has revealed Himself in Scripture—which is quite different than how He is often revealed in modern Christendom. We’ve not only considered His amazing love and mercy, but also His “holy hatred.” That holy hatred is often referred to using other phrases, such as “God’s righteous wrath,” or “His holy indignation,” but all refer to the same aspect of God’s character. And as we’ve seen, God’s Word does indeed speak of His hatred, using the very word hate (for proof, click here to read last month’s e-teaching). There is no escaping this. 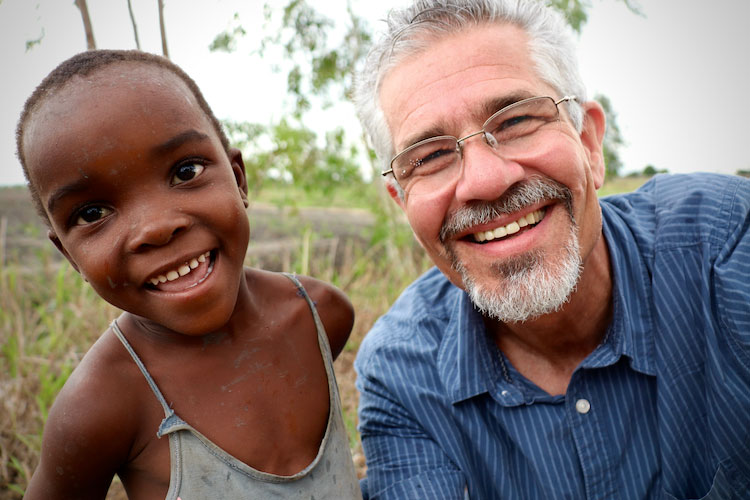 David Servant with a friend in Malawi

Every month, tens of thousands of people around the world, like you, are being touched by David Servant’s teaching ministry. Pastors in third-world countries who cannot afford biblical teaching… Persecuted Christians in restricted nations who are in need of encouragement… Viewers and readers with personal struggles and questions… David’s teaching continues to change lives and build up the body of Christ. And this is not possible without your support.
As David continues to teach and travel around the world, he relies on faithful supporters like yourself who believe in his ministry and are willing to stand behind him. Your generous donation today will play a huge role in getting David’s Biblical teaching into the hearts of those who are hungry for truth and want to grow spiritually. 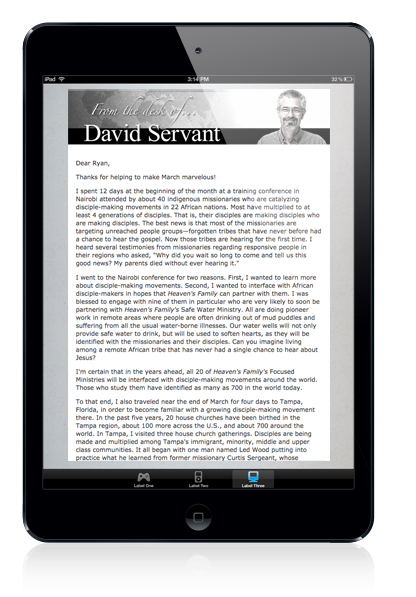 As you support David’s teaching ministry, you’ll also be signed up to receive David’s monthly personal newsletter that is sent exclusively to special supporters like yourself. That way you can stay abreast on some of the exciting ministry work around the world you are making possible. Every month you’ll receive an exciting report of how the Lord is working in David’s life and ministry and of the fruit that is resulting from your faithful gifts.

Any size gift will make a huge difference. Please, consider making your donation a monthly gift so that you can be a part of this exciting ministry all year round! Thank you for your invaluable support.

*Your donations are fully tax-deductible in the U.S.

This month’s e-teaching about Hurricane Katrina and God’s wrath elicited quite a few e-responses, and the encouraging ones outnumbered the not-so-encouraging ones by about fifteen to one. (Read Hurricane Jesus, Part 1) 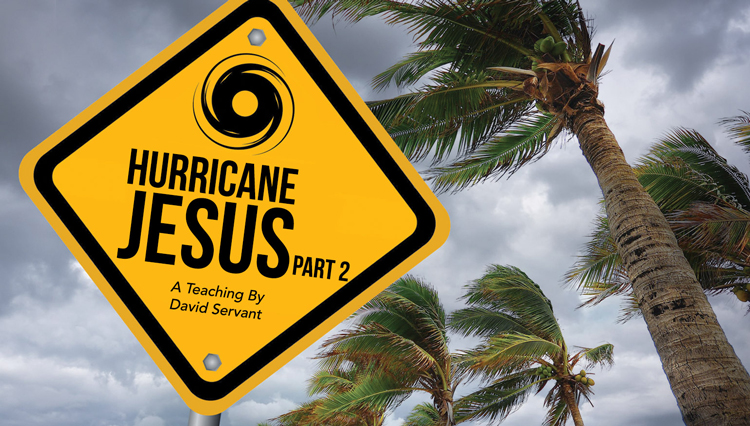 With the ratio of favorable to not-as-favorable responses being so lopsided, I debated if I should address, in another e-teaching, the objections of those who disagreed with me. In the end, I decided to respond for at least three reasons. First, because the letters of disagreement were for the most part written by sincere people who graciously shared their objections. Second, at one time I would have agreed with quite a few of the objections that were made. That certainly motivated me to be merciful toward my detractors. And third, although only a few people who wrote disagreed, I happen to know that their objections are shared by many others, having heard them for years around the world. What is at stake is eternal salvation for everyone who might hear an explanation of Hurricane Katrina that effectively nullifies the fear of God and His call to repentance. And with Rita now bearing down on Texas, it seems the Lord Himself is repeating His message.