Do you remember Y2K? It was 14 years ago this month. Looking back, it is amazing that so many of us anticipated catastrophic events on January 1, 2000. Dr. James Dobson, a man I respect and who has been right about so many things, dedicated three radio broadcasts, interviewing experts, to help Christians prepare for the inevitable. But he, along with so many of us, was dead wrong.

When I first felt called to the ministry in 1976, I came home from Penn State for a weekend to tell my parents that I was quitting my freshman year of college to enter the ministry. They suggested that I stay in college and then go on to seminary. I told them I couldn’t do that because it would be seven years before I graduated from seminary, and I was sure Jesus would be returning within seven years. He’d come back and I’d have nothing to show!

As much as I hate to admit it, I’ve been wrong about a few other things as well. Most embarrassing is realizing that you’ve been teaching something as being biblical truth that is not biblical truth. That has happened to me more than once over the past thirty-four years of ministry. It makes me wonder if I’m not currently deceived about something else. I don’t think I am, but I’ve never thought I was. Deceived people, of course, never think they’re deceived. If they knew they were deceived, they wouldn’t be deceived.

In his elderly years John Wesley remarked: “When I was young I was sure of everything; in a few years, having been mistaken a thousand times, I was not half so sure of most things as I was before; at present, I am hardly sure of anything but what God has revealed to me.”

At age 55, I can identify with Wesley. I’ve become more ignorant with each passing year.

Perhaps this is why I enjoy reading the past predictions of some very smart people who have been proven to be wrong. It helps me to know that I’m not the only person in the world who has been wrong. Would you mind if I listed a few?

“There is no reason anyone would want a computer in their home.” — Ken Olson, president, chairman and founder of Digital Equipment Corp. (DEC), maker of big business mainframe computers, arguing against the PC, 1977

“We don’t like their sound, and guitar music is on the way out anyway.” — President of Decca Records, rejecting The Beatles after an audition, 1962

“There is practically no chance communications space satellites will be used to provide better telephone, telegraph, television, or radio service inside the United States.” — T. Craven, FCC Commissioner, 1961 (the first commercial communications satellite went into service in 1965)

“The world potential market for copying machines is 5,000 at most.” — IBM , to the eventual founders of Xerox, saying the photocopier had no market large enough to justify production, 1959

“You ain’t going nowhere, son. You ought to go back to driving a truck.” — Jim Denny, manager of the Grand Ole Opry, in firing Elvis Presley after a performance, 1954

“If excessive smoking actually plays a role in the production of lung cancer, it seems to be a minor one.” — W.C. Heuper, National Cancer Institute, 1954

“I think there is a world market for maybe five computers.” — Thomas Watson, chairman of IBM, 1943

“Atomic energy might be as good as our present-day explosives, but it is unlikely to produce anything very much more dangerous.” — Winston Churchill, British Prime Minister, 1939

“There is not the slightest indication that nuclear energy will ever be obtainable. It would mean the atom would have to be shattered at will.” — Albert Einstein, German-born American physicist, 1932

“While theoretically and technically television may be feasible, commercially and financially I consider it an impossibility, a development of which we need waste little time dreaming.” — Lee DeForest, American radio pioneer and inventor of the vacuum tube, 1926

“The radio craze will die out in time.” — Thomas Edison, American inventor, 1922

“The horse is here to stay, the automobile is only a fad.” — Advice of President of Michigan Savings Bank to Horace Rackham, lawyer for Henry Ford, 1903 (Rackham ignored the advice and invested $5,000 in Ford stock, selling it later for $12.5 million)

“This telephone has too many shortcomings to be considered as a means of communication. The device is of inherently no value to us.” — Western Union internal memo, 1876

“It’s a great invention but who would want to use it anyway?” — Rutherford B. Hayes, U.S. President, after a demonstration of Alexander Bell’s telephone, 1872

“Dear Mr. President: The canal system of this country is being threatened by a new form of transportation known as ‘railroads’ … As you may well know, Mr. President, ‘railroad’ carriages are pulled at the enormous speed of 15 miles per hour by ‘engines’ which, in addition to endangering life and limb of passengers, roar and snort their way through the countryside, setting fire to crops, scaring the livestock and frightening women and children. The Almighty certainly never intended that people should travel at such breakneck speed.” — Martin Van Buren, Governor of New York, 1865

“Drill for oil? You mean drill into the ground to try and find oil? You’re crazy.” — Drillers whom Edwin L. Drake tried to enlist for his project to drill for oil, 1859

“Rail travel at high speeds is not possible because passengers, unable to breathe, would die of asphyxia.” — Dionysius Lardner, Professor of Natural Philosophy and Astronomy at University College, London, and author of The Steam Engine Explained and Illustrated, 1830s

“What, sir, would you make a ship sail against the wind and currents by lighting a bonfire under her deck? I pray you, excuse me, I have not the time to listen to such nonsense.” — Napoleon Bonaparte, when told of Robert Fulton’s steamboat, 1800s

“The view that the sun stands motionless at the center of the universe is foolish, philosophically false, utterly heretical, because contrary to Holy Scripture. The view that the earth is not the center of the universe and even has a daily rotation is philosophically false, and at least an erroneous belief.” — Holy Office, Roman Catholic Church, ridiculing the scientific analysis that the Earth orbited the Sun in edict of March 5, 1616

“…so many centuries after the Creation it is unlikely that anyone could find hitherto unknown lands of any value.” — Committee advising King Ferdinand and Queen Isabella of Spain regarding a proposal by Christopher Columbus, 1486

Feeling better? I am.

There is a certain amount of security that comes from being sure. Who wants to be unsure? I suspect that is why people are drawn to preachers and teachers who are confident in what they say. But beware. Some of the world’s greatest bluffers are not poker players and politicians, but preachers. And there is no fog so thick as theological fog. I’m still waiting to find a commentary on the Bible that somewhere within its pages can be found the words, “I don’t really understand this passage.” That would be refreshing.

Cult leaders, too, are generally very confident. Insecure people are drawn to them. Even more so if the leader delivers personal prophecies “straight from the mouth of God.”

I would like to suggest that we learn to accept uncertainty by trusting in God, which then makes all uncertainty irrelevant. The old saying, “I don’t know the future, but I know who holds the future” is a good motto to live by.

Coupled with that, we need to accept the fact that God is keeping some secrets for Himself. My favorite passage in the book of Job is chapters 38-41. After everyone else has exhausted their lengthy arguments, God finally speaks. He asks Job a list of questions that Job cannot answer. His message to Job is this: Compared to Me, who are you and what do you know?

We’re not any different than Job in this regard. Today, there is much more that I don’t understand about the Bible than there was thirty years ago. Although I could probably preach a sermon starting from any page in Scripture, I don’t think there is a single page in the Bible that doesn’t contain verses that baffle me.

The apostle Paul, a very smart man who, according to Peter wrote “some things hard to understand” (2 Pet. 3:16), reminded us that in our current state, we remain inherently ignorant of much. In our future state, however, we’ll have perfect understanding:

For we know in part and we prophesy in part; but when the perfect comes, the partial will be done away. When I was a child, I used to speak like a child, think like a child, reason like a child; when I became a man, I did away with childish things. For now we see in a mirror dimly, but then face to face; now I know in part, but then I will know fully just as I also have been fully known (1 Cor. 13:9-12).

Paul’s analogy is not a reference to childish selfishness, but rather to childish ignorance. Think of how little children understand. And it would be a waste of time to try to explain many things to them. They are inherently ignorant, incapable of comprehending so much of what adults almost universally understand and take for granted.

So our present state is akin to childhood, whereas our future state, by comparison, will be like adulthood.

And think of the difference of perception you have using both of your eyes to look at a daytime scene, and then trying to look at the same scene in the dimness of night by means of the reflection in a hand mirror. In that case, your perception would be greatly reduced. Everything would be backwards as well. That is how our current understanding is compared to how our future understanding will be.

What should you do when you face what you don’t understand? Fall back on what you do understand: God created everything. You were created to live for Him. Love God with all your heart, mind, soul and strength. Love your neighbor as yourself. Jesus died for our sins. He is coming back to rule the earth. We will all stand before His judgment throne. Heaven is real. So is hell. Nothing can separate us from the love of God. And even “if I understand all mysteries, if I do not have love, I am nothing” (1 Cor. 13:2).

These are things we can all be sure of. — David 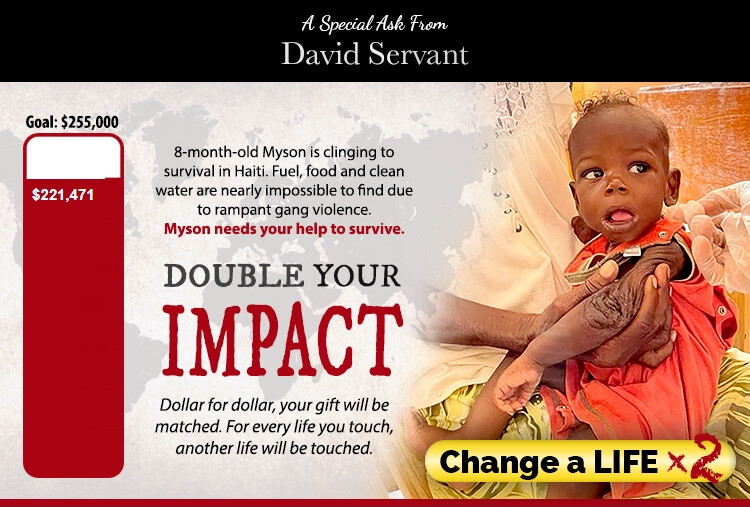